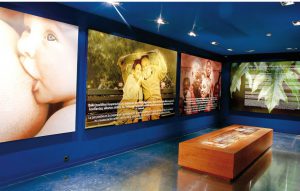 THE ROOTS OF THE BASQUE COUNTRY:GERNIKA.

A town whose name is synonymous with history.

The guided visit starts at the Casa de Juntas, where you can learn about the importance and symbols of the Tree of Guernica. Put yourself in the place of a lehendakari and be sworn into office. A parchment will be recorded and you can take it with you as a souvenir. Continue via Santa María Church, which from its triforium will explain the conflict that took place between the territory of Guernica and Lumo. Did you know that the official name of Guernica is Guernica-Lumo?

On 26th April 1937, Guernica was bombed by the German Condor Legion during the Spanish Civil War. Learn how Pablo Picasso was inspired by it to create his masterpiece “El Guernica” as you observe the real-size reproduction of the painting that exists in its streets.

Enter one of the few air raid shelters that is still preserved and discover what a Guernican felt on that fateful day.

Visit the Museum of Peace and learn about Begoña, a town inhabitant who will share with you the anguish that they felt on the day the bombing took place through an audio-visual aid that will definitely have an impact on you. Here you can discover another reality, that of war times.

If you are travelling with kids, we suggest you take one of the guided visits organised by the tourism office for little ones; an experience full of surprises, games and guessing games. You can talk on a magic telephone with Don Tello, the town founder, José Antonio Aguirre, the first Basque lehendakari, Pablo Picasso and Eduardo Chillida, among others.

The Guernica-Lumo tourism office guides will show you the town in a different way, with anecdotes and access to areas that would otherwise be inaccessible. 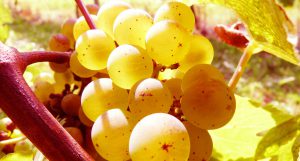 DISCOVER THE MAGIC OF TXAKOLI WINE FROM NATURAL DIVERSITY

A wonderful trip in search of an exclusive Basque wine: Txakoli.

Visit a wine cellar where this characteristic wine, closely linked to ancient landscapes and traditions, is prepared. You will find out about its secrets and learn to pair it with traditional local products. What better than a few pintxos and an expert on the matter to help us discover the art of combining foods and wines to achieve balance among its aromas and even colours.

We invite you to visit the Itasmendi vineyards and wine cellar, an authentic luxury accessible to very few and that you can enjoy if you visit Guernica. Its “Nº7” wine has been the first Txakoli wine in history to receive the prestigious golden “Bacchus” award, granted by the Spanish Guild of Wine Tasters and that is well known internationally. Over time, this wine cellar has managed to position its Txakoli wine among the best white Spanish wines.

Make the most, too, of the fact that Guernica is in the vicinity of this wine cellar to discover one of the most emblematic towns of Basque geography.

* If you visit the wine cellar between September and October, you will have the chance to harvest with your own hands. An innovative initiative where, accompanied by an employee, you can cut grapes and actively participate in the preparation process: from the selection of grapes to the tasting of the must. The icing on the cake of this activity is enjoying a pairing lunch with local products at this wine cellar.

Visit. Tasting of Txakoli wine and/or pintxos, and/or pairing 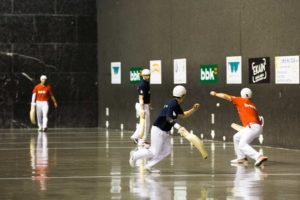 LPELOTA VASCA AND YOU: TRADITIONAL SPORTS THAT CREATE A TREND – GUERNICA JAI ALAI.

Feel the weight of the wicker basket in your hand and experience how difficult it is to play cesta punta.

A different experience, where you will learn about a unique sport, have the opportunity to play it on the world’s largest active fronton and with the help of world champion, Gonzalo Beaskoetxea, who will explain all the tricks, rules, bets and the history of cesta punta, and also of the Jai Alai fronton, a real architectural jewel. The experience continues with a demonstration of cesta punta and a practice class. You will feel the weight of the wicker basket in your hand and see just how difficult it is to play cesta punta, a sport that requires great precision, concentration and patience. 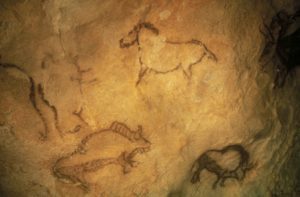 BEAUTY IS ON THE INSIDE: UNDERGROUND BASQUE COUNTRY: SANTIMAMIÑE CAVE

Discover Santimamiñe Cave and its extraordinary cave paintings from up to 14,000 years ago.

This is the most important archaeological site in the Basque Country and a World Heritage Site. A cave that preserves remains of ancient human settlements, around 50 cave paintings and numerous stalactite and stalagmite formations of great beauty. A 3D guided visit allows you to get to know the cave in its entirety in an absolutely realistic way, so as not to damage the cavern and keep enjoying this ancient site. 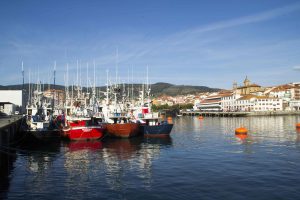 VISITS TO THE FISHERMEN’S BROTHERHOOD FOR GROUPS

Immerse yourself in the world of fishing and enjoy this unique experience at the hands of the “rederas” and the “neskatilas”.

Come discover how the fish auction works, the art of sewing the nets, the different coastal areas and enjoy a tasting of preserved fish… You will get to see the how the people from Bermeo, the “bermeotarras”, live.

A specialist guide will help you enter the magnitude of the most significant work of Agustín Ibarrola, Oma Forest, an expression of so-called “land art” which is a creative trend that emerged in the late 1970s and whose purpose is to transfer artistic work to nature, using the landscape as a frame, support and raw materials for the artist. As we walk through the forest, the figures are created and composed before our eyes: sometimes the figure of a single tree has an entity in itself, while in other cases you need to observe the group of trees to understand the work. And, the perception of the figures varies according to the observation point: the figures transform. Ultimately, a “personalised” visit where the artist manages to make the visitor the protagonist of his work.

The return is through the incomparable frame of Oma Valley.

In July and August

Booking ahead is necessary.

LET YOURSELF BE PULLED IN BY THE HISTORICAL ITINERARIES OF URDAIBAI

They from part of the summer calendar of Urdaibai. They are guided visits that in July and August go to the historical sites and resources found on this land. The Oppidum de Arrola in Arratzu, an indigenous town of the Iron Age II, with imposing walls that hide “traps” and its interpretation centre, Arrolagune. Ereñozar Castle, a Medieval history with necropolis from different eras (Ereño). The Roman town of Forua, the main settlement of Rome in the Basque Country. The Roman Site of Tribisburu, in Bermeo and Busturia, a necropolis from the 1 and 3rd centuries on Mount Sollube. And the megalithic station of Katillotxu in Busturia, Sukarrieta and Mundaka, a walking route for learning about Neolithic funeral constructions. Guided, educational and entertaining visits situated in a sensational setting combine culture and nature. A tourist train takes visitors to the resources and lovers of hiking can participate on foot. 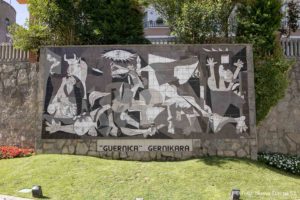 A route through the scenes that suffered most from the air attack sustained by Guernica-Lumo and that combines three facets: historical research, survivor testimonies and the possibility through QR to see how Guernica-Lumo was before the bombing.

It was 15.45 on 26th April 1937. German Luftwaffe planes entered the region on a market Monday, bombing and destroying, for four hours, everything it found in its path and leaving a trail of hundreds of victims.

The tour takes you through buildings and public infrastructures that were destroyed by the bombs, such as the market square or the old municipal fronton, and through others that were saved, such as the Casa de Juntas. It also takes you into the Astra shelter that was used by local factory workers and the Pasealeku shelter that has been recovered by the Town Hall to enable visitors to live the sensations experienced by inhabitants during the air attack. On the 11 sites of the route, you will find explanatory panels with survivors’ impressions of the bombing.

You can do the “Itinerary of memory” without a guide, with the help of a leaflet and a tourist plan that you can find at the Guernica-Lumo Tourism Office.