Always surrounded by mysteries and legends, the islands and small islands of Urdaibai are a good example of this. They are continental islands, that is, at some point in their history they were part of the continent. 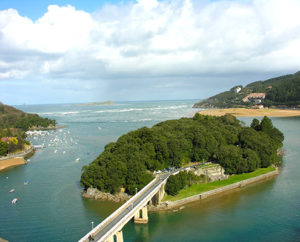 Delve into one of the Urdaibai’s longest-lasting oak masses. You will find it in Sukarrieta and to access the islands, all you have to do is cross a bridge. You can see up to 25 plant species, most of them characteristic of the Cantabrian holm oak: oak, laurel, tree, madrone… And several plaques and interpretative panels on the landscape will help you to identify them. The island is also home to Txatxarramendi Botanical Park for the interpretation and identification of the species present. You can reach Txatxarramendi on foot from San Antonio Beach at low tide. 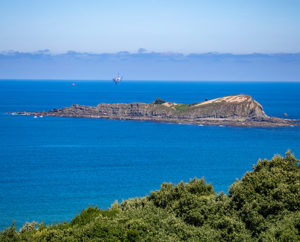 Situated between Bermeo and Mundaka, its image on the horizon forms part of one of the most typical panoramic views of Urdaibai. In the 15th century, it was home to a Franciscan convent, and the histories of buccaneers, territorial disputes and lovers’ legends form part of this famous island. Today, it is inhabited by colonies of seabirds (seagulls, European storm petrels, egrets and cormorants…), and each year Magdalena Day is celebrated on 22nd July, a big festival at which Bermeo marks its possession of the island. 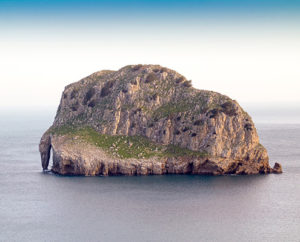 This is a rock situated between Matxitxako Cape and San Juan de Gaztelugatxe, settled on the Gaztelugatxe biotope and on Bermeo territory. It is the resting place of a significant population of birds, known as “birds of the storms,” that arrive in search of protection when there is a storm. Another curiosity is that it is also home to wild olive trees, which are reminiscent of a much milder climate. 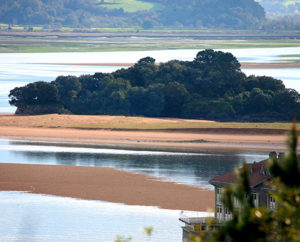 This small green island conserves the thick vegetation inherent to the Cantabrian holm oak, the natural emblem of Urdaibai Biosphere Reserve. You will find it on San Antonio Beach, in Busturia, and it is also home to a religious past, given that San Andrés Parish Church were located here along with a cemetery, seemingly until the late 18th century. This is where the island takes its name from. It can be accessed through the sand spit that connects it with dry land in low tide